Thanks to some pretty impressive support slots for the likes of Mystery Jets and Friendly Fires, as well as a run of infectious synthpop singles, London-based trio Naives have set themselves up as ones to watch for 2016. They recently released their latest single ‘No Way,’ a harsher-sounding slice of electro that showed there was more behind the band’s shiny veneer while still maintaining the party vibes.

Despite it being very nearly Christmas, the band took some time out to talk to us about ‘No Way’ and what they’ve got planned for next year.

Hi guys! How are things in the Naives camp right now?

Pretty hot actually. We’ve just been out shooting a music video for our first single of 2016 on a beautiful tropical island. Definitely beats English winter!

You’re an Anglo-French trio based in London and I was wondering how you originally got together. Can you tell us a bit about how you formed Naives?

It started when Marc met Lapo in Paris a couple of years ago. The two began exchanging ideas and making music. Then Marc moved to London where Lapo was based. Naives was on! We put out our first single W.I.G.O, which went great. Benji joined the party and we did some live shows, released another couple of singles and now we are here with a new single ready for next year… and an LP to follow.

You’ve recently released your new single ‘No Way.’ What were the inspirations behind that track?

We love to mix in sampled sounds from real life into our tracks which we process and manipulate into synthetic tones. This is how ‘No Way’ started. Marc was travelling in India last year and he came back with lots of cool sounds he’d recorded. The intro is actually a klaxon from a TukTuk in Mumbai which became the lead synth and the inspiration for the whole song.

‘No Way’ sounds a bit harsher and more raw than your previous songs ‘Horizon’ and ‘WIGO.’ Was this something you were aware of when you were recording the track?

Definitely! ‘No Way’ has a different dynamic and downtempo. We love the contrast between this track and the other two. It has to be different because it is telling a different story. So the track had to sound and follow accordingly. The LP is a collection of different stories all linked by the same style. Our songs don’t all sound the same. They can’t because of the way we write them and put them together. 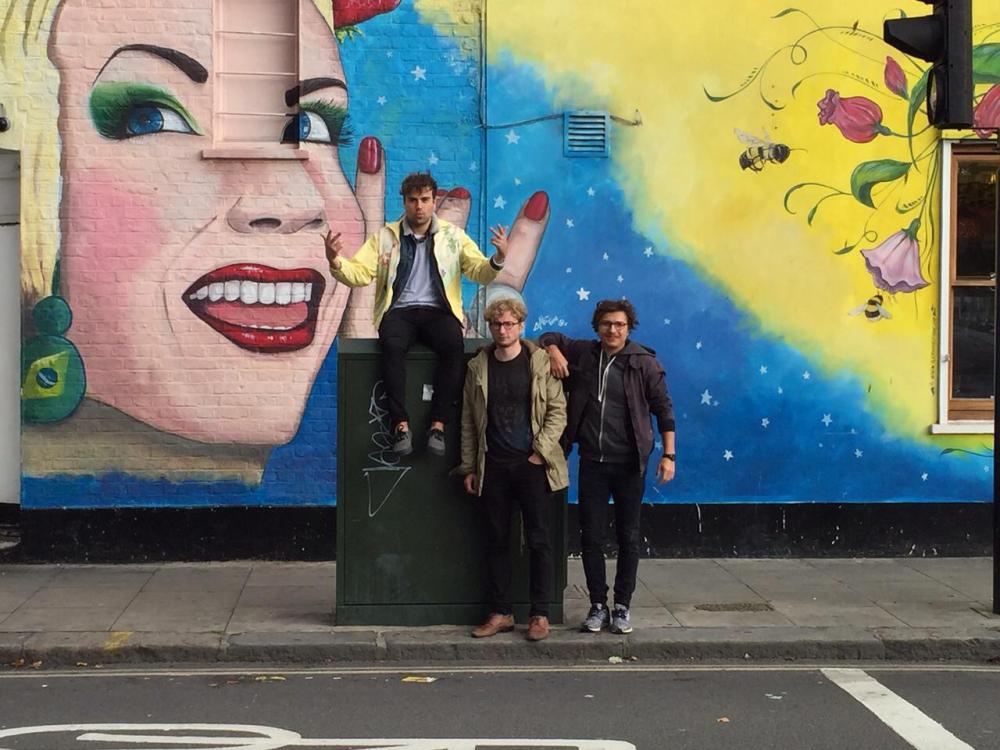 “We are mostly inspired by the natural world. The jungle is a chaos of sounds and rhythms”

Your sound is very driven by percussion and strong electro elements; what’s been the inspirations behind your sound? Are there any bands or artists in particular that you were inspired by?

Loads of bands! We love the 80s and so many sounds come from there. But we are mostly inspired by the natural world. The jungle is a chaos of sounds and rhythms. We try and get this feel across in our arrangements.

Over the past year your live shows have gained a strong reputation. If we were to come to a Naives show next year what could we expect from you?

We think it is incredibly important to put on a strong and energetic show. We don’t hold back! We also want to bring in some of the imagery that is behind our songs. So when the venue allows it we bring in a synchronised light and video backdrop that accompanies the shows. We think it adds another level. We’re working on a new set for 2016 and we can’t wait to share it!

On that note, what’s it been like supporting the likes of Friendly Fires, Mystery Jets and Slow Magic?

It’s been amazing. We love these artists so it has been a pleasure to support and meet them. The Slow Magic show stands out in particular. He’d had a bit of a rough day as some of this equipment had gotten lost at the airport. A real nightmare. So he was borrowing some of our stuff and trying to get everything to work! This mixture of anger and determination seemed to catalyse into a hugely energetic and intense show. The audience and ourselves were completely blown away.

You’re gearing up to release your debut LP in 2016; what can we expect from it?

Well we love the way the album sounds. Each song is inspired by a different place we’ve visited, sound we’ve heard or thing we’ve seen. It’s a patchwork of what we’ve been through the last couple of years. It’s a collection of singles really.

Aside from the build up to the LP we have a couple of shows quite soon. March 16th we’re at The Social in Dalston for our next single launch. In the mean time we have a free show at The Finsbury on January 30th where we’ll be carving up the new set. Look forward to seeing you there!

‘No Way’ is out now. Naïves are playing at The Finsbury in London on 30th January 2016.